Educational programme for schools to raise awareness among over 8,000 pupils this year 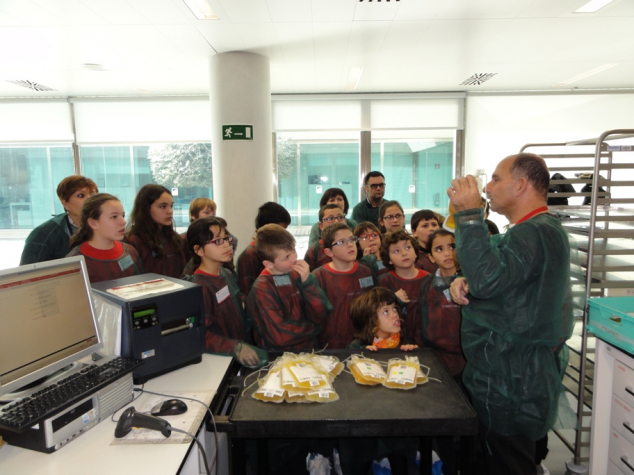 This year the Banc de Sang i Teixits (Blood and Tissue Bank) expects to reach over 8,000 pupils and students at primary and secondary schools, universities and informal learning centres such as educational clubs and community centres.

All of them will learn about the need to give blood in the context of the Aprendizaje Servicio (APS) programme, a method that aims to get children and young people involved in blood donation.

The educational programme for schools was launched in the 2006/07 school year, and since then nearly 30,000 pupils have received sensitivity training.

You can already download the APS report for the 2013/14 school year (in Catalan).

Participants in the Banc de Sang APS programme learn about blood, donation and communication aspects while conducting a public health campaign in their own neighbourhood.

The activity is broken down into four different parts. In the first, a professional from the Banc de Sang gives a talk to explain blood donation from the perspective of science and medicine, communication and values.

During the second stage the pupils create materials to promote blood donation and organise their own campaign to raise awareness in their community and encourage people to give blood.

They then conduct the promotional campaign in the vicinity of the school, during which children and teens urge adults to give blood.

The final stage is given over to acknowledgements and evaluations. The aim is to assess the entire activity with the educational team, announce the campaign results and publicly acknowledge the efforts of the school and the individual participants.