Countdown to the Blood Drive for Catalonia 2.0

The most ambitious blood drive in the history of Catalonia is set to begin this Friday, 17 January. Over 2,000 people have already signed up, but we need at least 5,000 blood donors to replenish supplies, which have been depleted over the Christmas holidays. 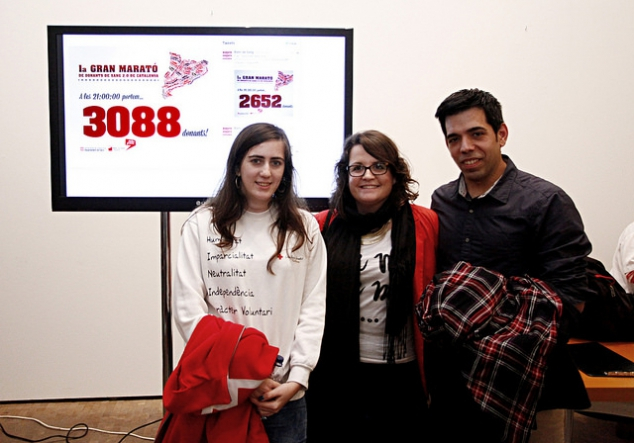 Fundació Antoni Tàpies is the base camp for this massive drive, and in the first two days more than 1,163 people came to give blood. Hospitals like the Arnau de Vilanova in Lleida received five times more blood donations than on a normal day. The drive will resume on Monday at major hospitals across Catalonia, with the goal of achieving 5,000 donors by Friday, January 24, when this extraordinary campaign will end.